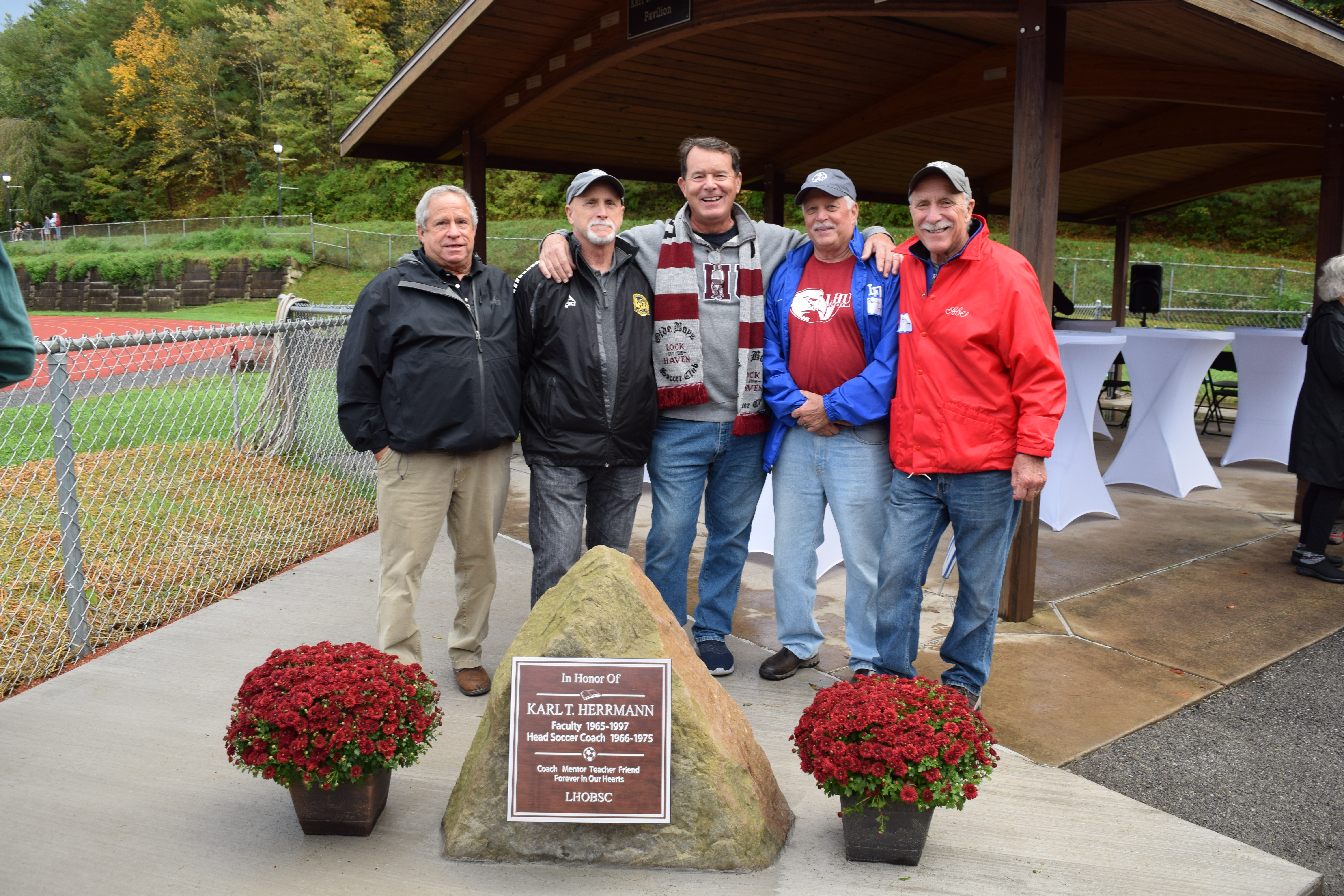 Herrmann earned emeritus status from Lock Haven University in 1997.  He was also a longtime member of the LHU Foundation Board of Directors.

In the lead up to the event, the LHUOBSC set a goal of raising $14,000 to contribute to the Karl Herrmann Foundation Scholarship. By the conclusion of the ceremony, the LHUOBSC had surpassed their $14,000 goal by more than $5,000.

More than 25 alumni and former players of Herrmann attended the event, as well as his wife, and his son, Kurt. LHUOBSC president Keith Bradburd ’78, LHU head men’s soccer coach Patrick Long were, and several members of LHU’s Advancement Office were also in attendance.

The LHU women’s squad defeated Shippensburg 1-0. Following the ceremony and the ladies’ victory, the LHU men’s soccer team went on to defeat the Shippensburg men by a score of 2-1.