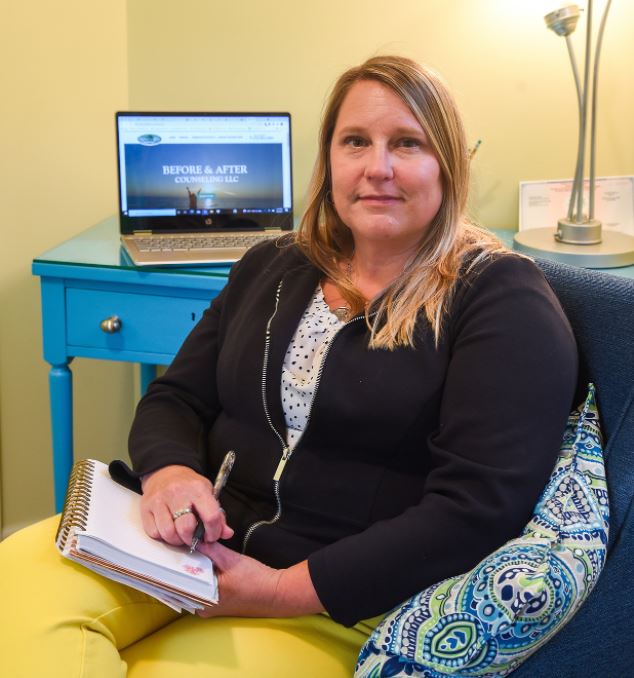 Stories are powerful. They connect us. Shape us and heal us. Stories serve as the core of a counselor’s work—through sharing stories, healing occurs. For Heather (Keegan) Fowler ’94, stories have been integral in coping with a personal tragedy—the loss of her 12-year-old son to pediatric brain cancer.

Fowler graduated from LHU in 1994 with bachelor’s degree in sociology. She spent time as a foster care case worker before enrolling at Mansfield University to pursue a master’s degree in clinical/community Psychology.

After graduating from MU in 2001, Fowler worked in psychiatric hospitals and outpatient counseling clinics before returning to The Haven in 2008 to serve as LHU’s campus counselor and director of facility services.

In 2014, Fowler left LHU to become the director for the Office of Disability Resources at Bucknell University. It was also in 2014 that Fowler’s 10-year-old son Aidan was diagnosed with brain cancer.

For the next 17 months, the brave boy described by his mom as a “gentle giant” made the most of every minute. He continued being a big brother, a boy scout, an artist, and a baseball player. He was even signed as an honorary member of the LHU baseball team for the 2015 season.

Through it all, Aidan battled cancer with a smile on his face, and even as he underwent brain surgery, radiation and painful chemotherapy, the kind and reverent boy was still an honor roll student and remained active in his church youth group.

It was three and a half years later on what would’ve been Aidan’s 16th birthday, that Fowler vowed to Aidan that she would do something more meaningful with her life. It was then that she decided she would open her own practice.

As the practice evolves, Fowler is eager to find more ways to impact the community, potentially through sessions on mindfulness in schools or group counseling sessions in churches. She would also like to potentially offer internships to LHU students.

In the meantime, the Fowler family continues advocating for pediatric cancer research.

Since Aidan’s death, they have raised tens of thousands of dollars for local families affected by cancer. Each year they hold a 5k fundraiser called Aiden’s Miles for Smiles and they also do an annual gift card fundraiser to donate to the Geisinger Medical Center pediatric cancer unit for families in need.

Fowler believes that being a counselor and hearing other peoples’ stories has helped her cope with the loss of Aidan.

Perspective is everything and the only way to have perspective is insight,” Fowler said. “You cannot not be moved by other peoples’ stories. It has helped humble my experience.”

“’Before & After’ refers to my life before and after Aidan,” she added. “Before losing Aidan, I was just chugging along, but after Aidan died my perspective on life completely changed. If I can help somebody change their perspective too, then I know I’ve done my job.”