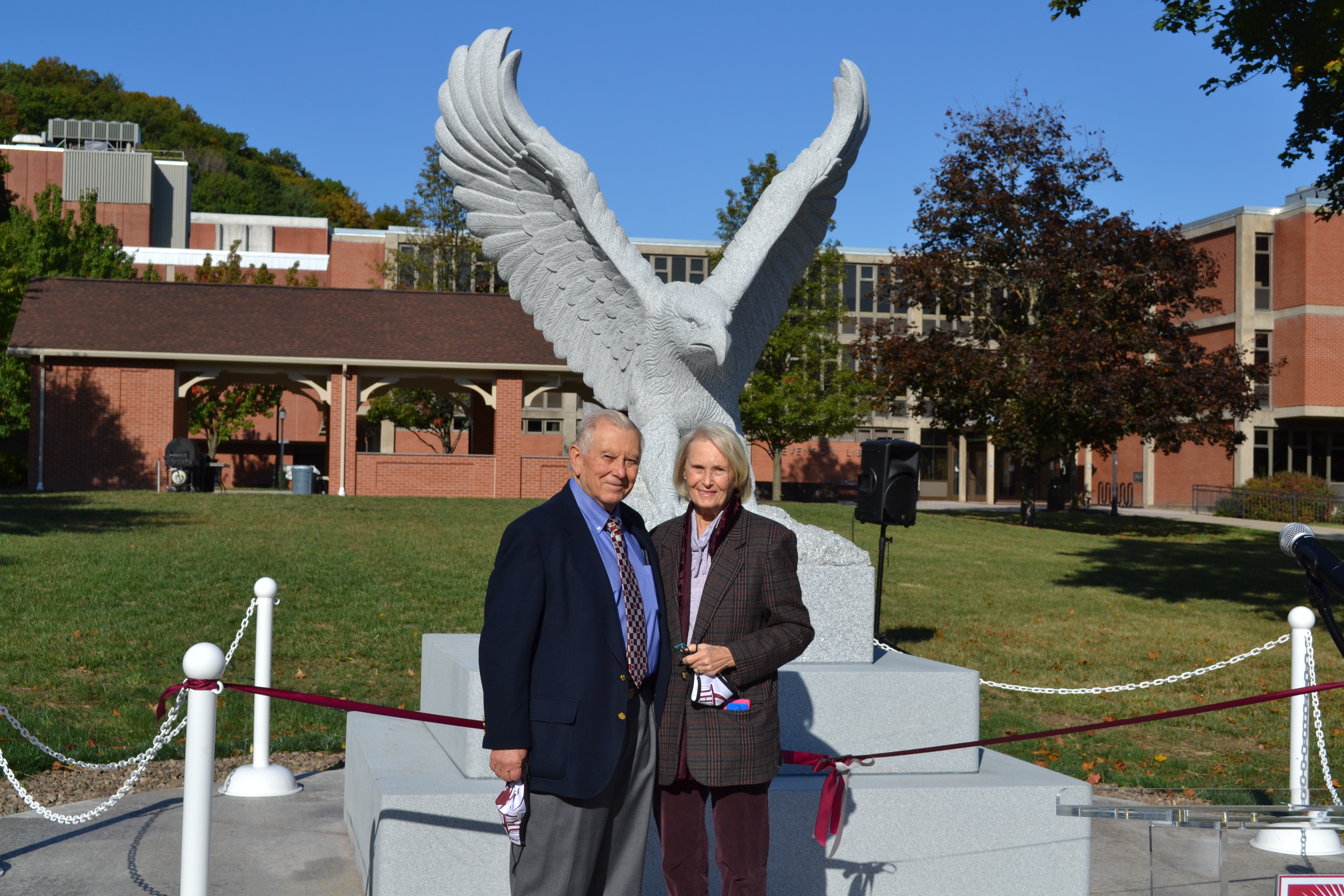 Ron and JoAnn Bowes at the Bald Eagle Statue unveling in October 2020.

Eighty-eight dollars in 1982; that was the first gift that Ron and Jo Ann Bowes made to Lock Haven University. Fast forward 38 years, and the Bowes are among the top donors to the university to help LHU students achieve academic and athletic success.

The Bowes have a special affinity for LHU athletics. As a Lock Haven student, Ron was a member of the wrestling team and also served as the team’s official scorer. In the 1962-63 season, they won the NAIA Championship by a single point over host and favored Bloomsburg. He fondly remembers it as one the best memories of his college years.

Jo Ann’s passion for athletics stems from the way sporting events bring people together. She loves the band and the cheerleaders, and the pride and passion they inspire among students, alumni and the community.

Along with supporting student scholarships, Ron was also pivotal in organizing alumni from the Class of 1966 to fund a gift to the University in the form of a beautifully-carved granite Bald Eagle statue. The 36,000-pound eagle boasts a six-foot wing span. It will be perched along North Fairview Street for countless years to come, serving as an everlasting symbol of LHU’s legacy and traditions.

Ron and Jo Ann say it’s an honor to provide scholarships to LHU students and hope their scholarships will have a profound impact on students’ lives. They also give because they love The Haven, the place they have called home since 1998.

“If you don’t know what to do with yourself, do something for someone else,” Jo Ann said. “You feather your nest where you live. We’re happy to support the university and its mission to serving students and our community.”

Ron and Jo Ann both hope that fellow alumni and members of the community with similar passion for education and the Lock Haven area will also consider supporting the university in the future.

“Just give what you can. Just start giving and make it a priority,” Ron said. “For us, giving to LHU is a priority. My Lock Haven education afforded me a lot of opportunities and now it’s an honor to be able to help others.”