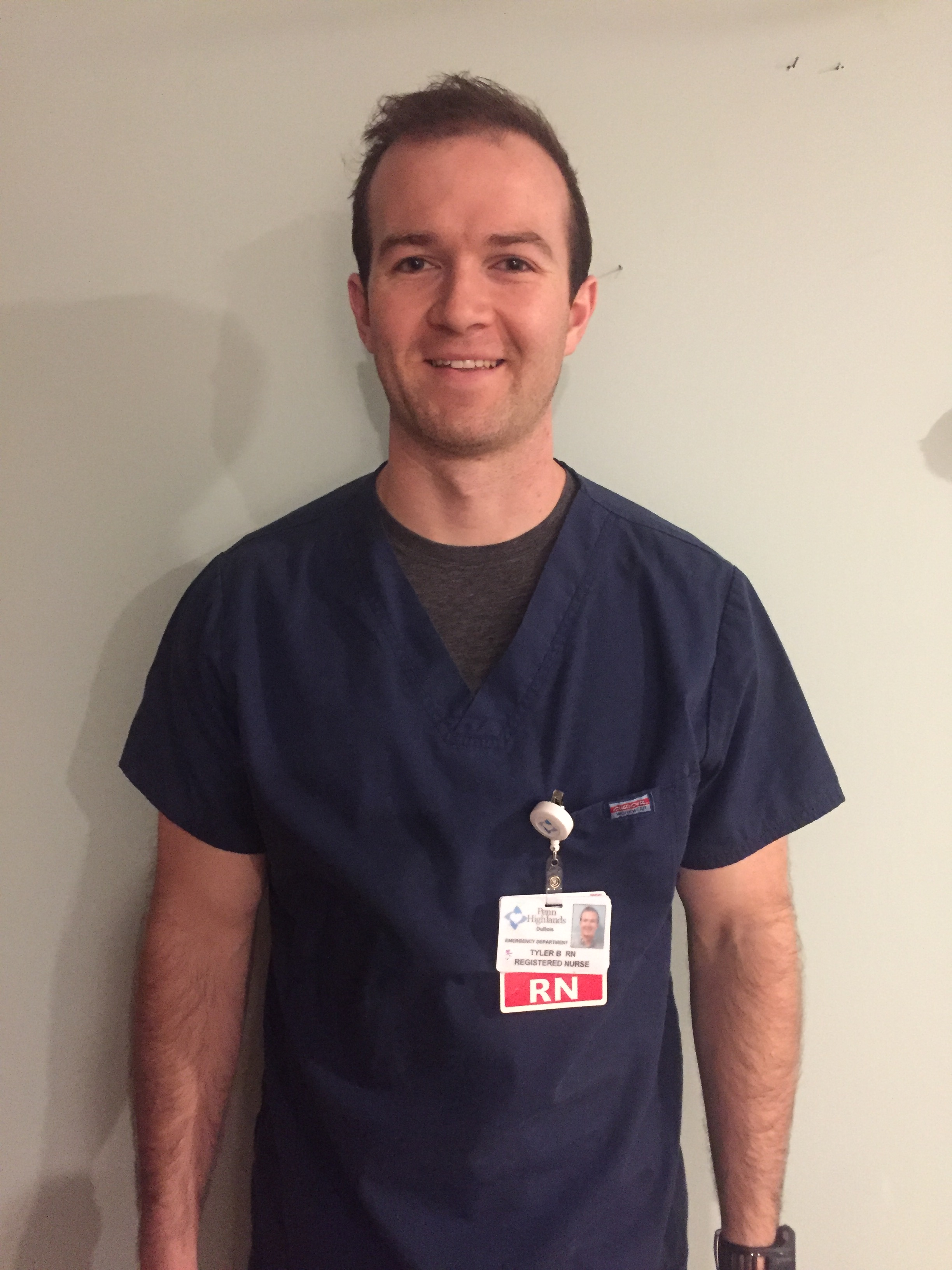 Tyler Peace thought his career path would start with the military. The 2010 graduate of Punxsutawney Area School District had a full-ride ROTC scholarship to Edinboro University and was extremely excited about the future. That’s when a bicycle accident during his senior year in high school caused a significant change in direction.

After recuperating from several brain surgeries, Peace worked as a carpenter in the family business, Peace Kitchens and Home Remodeling. At the same time, he was certain that he wanted to continue his education and began taking general education courses at Lock Haven University Clearfield. “I had a strong interest in the medical field and while working I enrolled in an Emergency Medical Technician (EMT) program,” said Tyler. He loved it and knew that he wanted to continue learning in the health professions.

Peace was accepted in the Associate of Science in Nursing (ASN) at LHU Clearfield in the fall of 2014. “I chose LHU Clearfield because it was convenient, it allowed me to commute, and the program has a great reputation,” said Tyler. So at age 22 began his pursuit of becoming a nurse.

During his two years in the ASN program, Peace served as class president and demonstrated his leadership ability by starting a scholarship for future LHU nursing students. He pitched the idea to his fellow classmates, the nursing faculty, and administration at LHU Clearfield. “Starting, or going back to school is a big step and many of the students have families of their own. Even though the dollars are small right now, the fund will help future students with the costs of education,” Peace noted.

Currently, Peace is working in the Emergency Department at Penn Highlands DuBois. “It is challenging, but rewarding work” according to Tyler. He is also enrolled in the Bachelor of Science in Nursing (BSN) program at LHU Clearfield. The fully online program will allow him to continue his education and work at the same time.

Actually, Peace is following in the family career footsteps. His mother, Tina Peace, graduated from LHU Clearfield in 2007 and is working as a nurse at the Punxsutawney Hospital. “She really encouraged me to go down this path,” said Tyler. He added, “It is great to be in the same line of work as my Mom.” Sharing a vocation with family is a significant point of pride for this newly minted nurse.