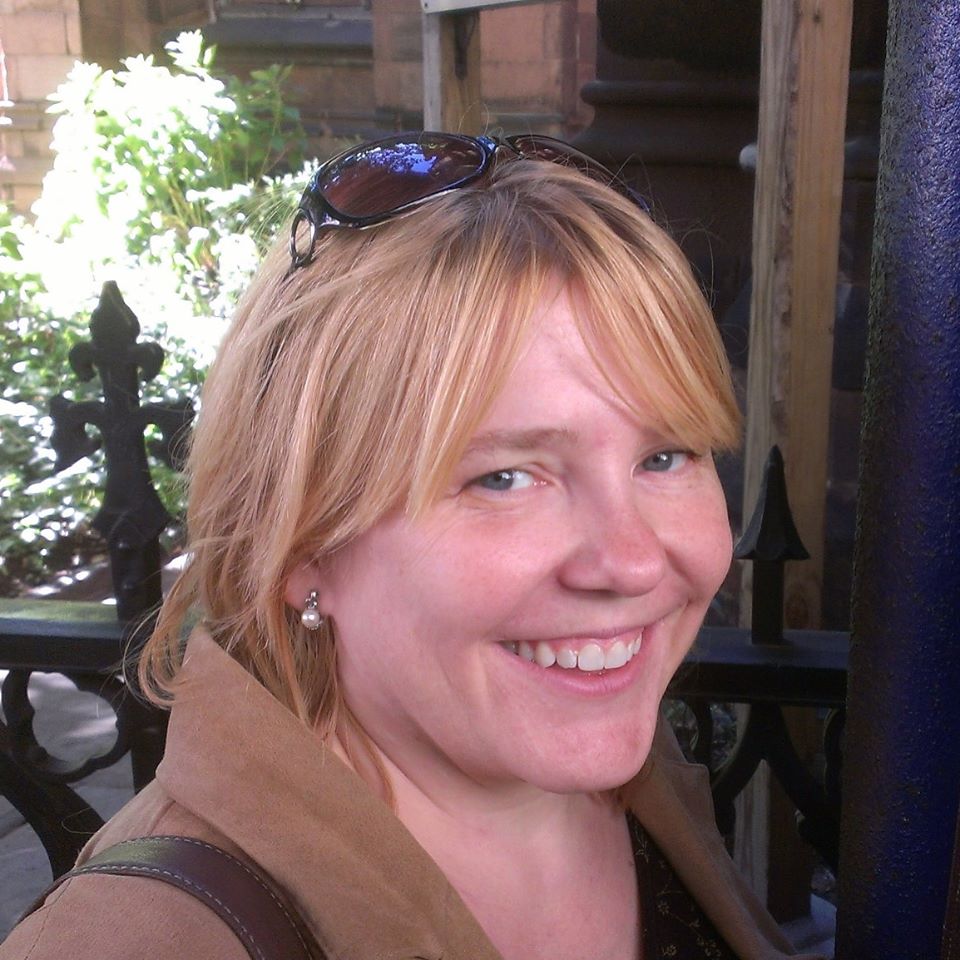 Activism and Community Engagement in the Age of Thoreau." The two-week program was held earlier this summer in Concord, Massachusetts.

Twenty-five educators were selected from a national applicant pool to participate in the program.

"I sought participation in the institute because I was looking for inspiration and help on an article about Louisa May Alcott and Henry David Thoreau I am writing," Cummings said about the article she plans to send for possible publication this fall.

"I also needed ideas for a new project and believed that the institute would be the perfect and maybe only place where I could find such inspiration," Cummings said. "It was. Working with leading scholars in transcendentalism and meeting with 24 other scholars from around the country at different stages of their careers and from different disciplines was so helpful. It was also great to meet a few scholars from disciplines other than English and history, such as geography and religious studies. Such interactions helped me to see figures I have been studying for years in different ways."

During her first week at the institute, Cummings attended several seminars and worked with Edward Emerson's notes for his biography on Thoreau, learning about Thoreau's work on the Underground Railroad. She took an anti-slavery tour of Concord and Boston, and while in Boston, was able to examine an unpublished excerpt manuscript by Louisa May Alcott at the Houghton Library at Harvard University.

Her second week included hiking Estabrook Woods, and attending a seminar led by Phyllis Cole on Transcendental Women. She talked with Daniel Shealy about Louisa May Alcott and toured the Orchard House, home of the Alcotts and the Old Manse, famous for works written there by Emerson and Hawthorne. She listened to Megan Marshall talk about writing her Pulitzer Prize winning biography of Margaret Fuller and learned about Walden as an environmental text and about Thoreau's complicated relations with and writings about the indigenous people of New England.

"The highlight of my trip and my 2022 was attending Thoreau Society's Annual Gathering where I saw Jane Goodall accept the society's award for Literary Excellence in Nature Writing," Cummings said. "She was wonderful. Insightful, inspirational, funny, serious, engaging, hopeful, and super sharp and thoughtful."

Cummings regularly takes her students on extracurricular weekend trips to Concord and Boston for immersive experiences to allow them to better study the transcendentalists with a focus on social justice. She said she now has new places and people to talk about while on those trips with her students.

"This year in the classroom I will be able to incorporate more about social justice and reform," Cummings said. "These ideas were already central to the way I approach the writers from the 19th century in my classes, but I do have new figures and connections to make in the classes."

Cummings said the talk with Jane Goodall has made her think about how she approaches her work and talking to students about how to approach their lives.

"She (Goodall) stressed the importance of recognizing one's gifts and using them to make the world a better place," Cummings said. "I already talked about such things with students in some classes and in advising, but I will be able to work the inspirational story of Jane Goodall into these talks and talk about hope for the future in the realistic ways that she did."

The National Endowment for the Humanities is a federal agency that, each summer, supports enriched opportunities at colleges, universities, and cultural institutions, so faculty can work in collaboration and study with experts in humanities disciplines. 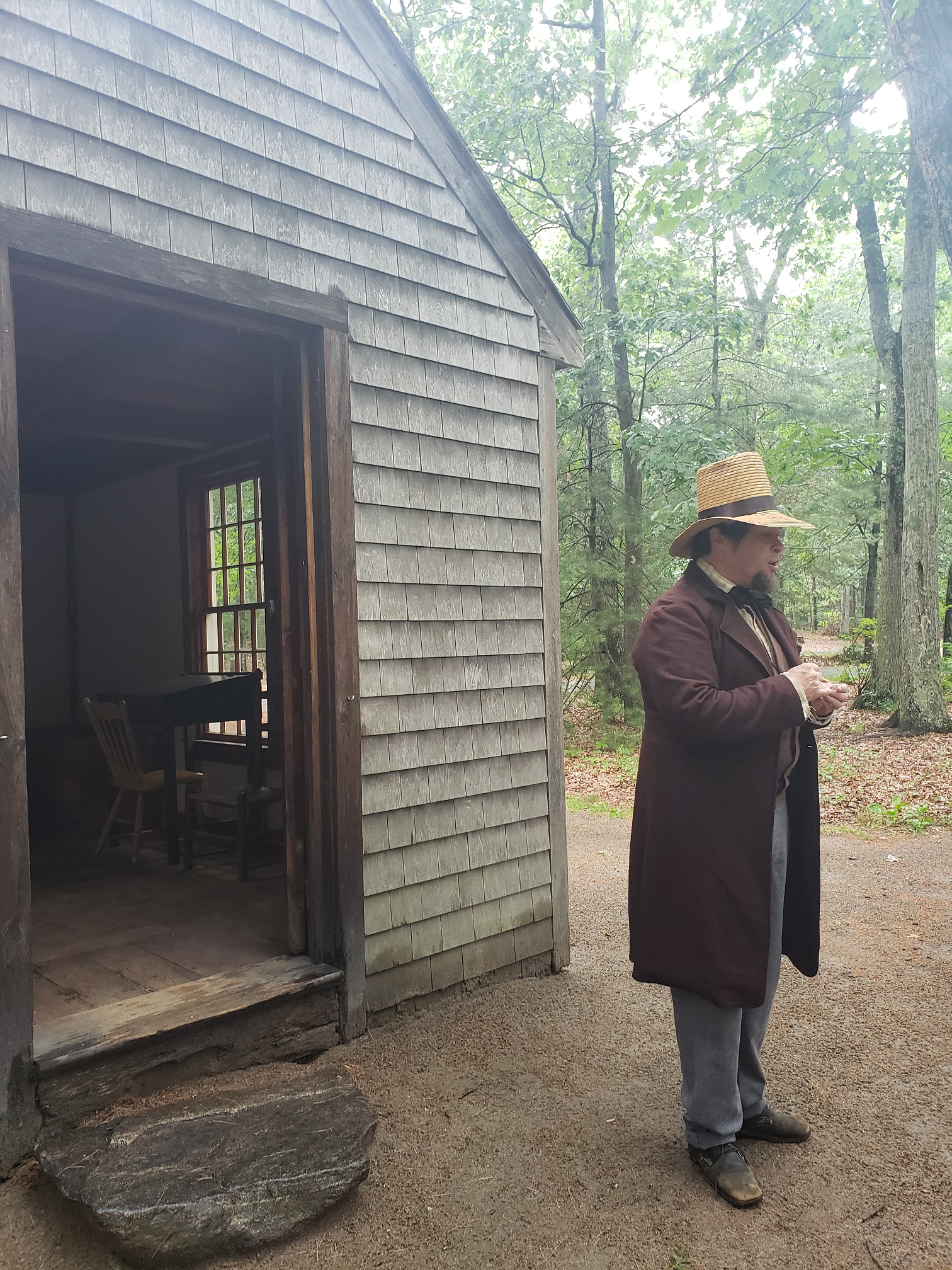 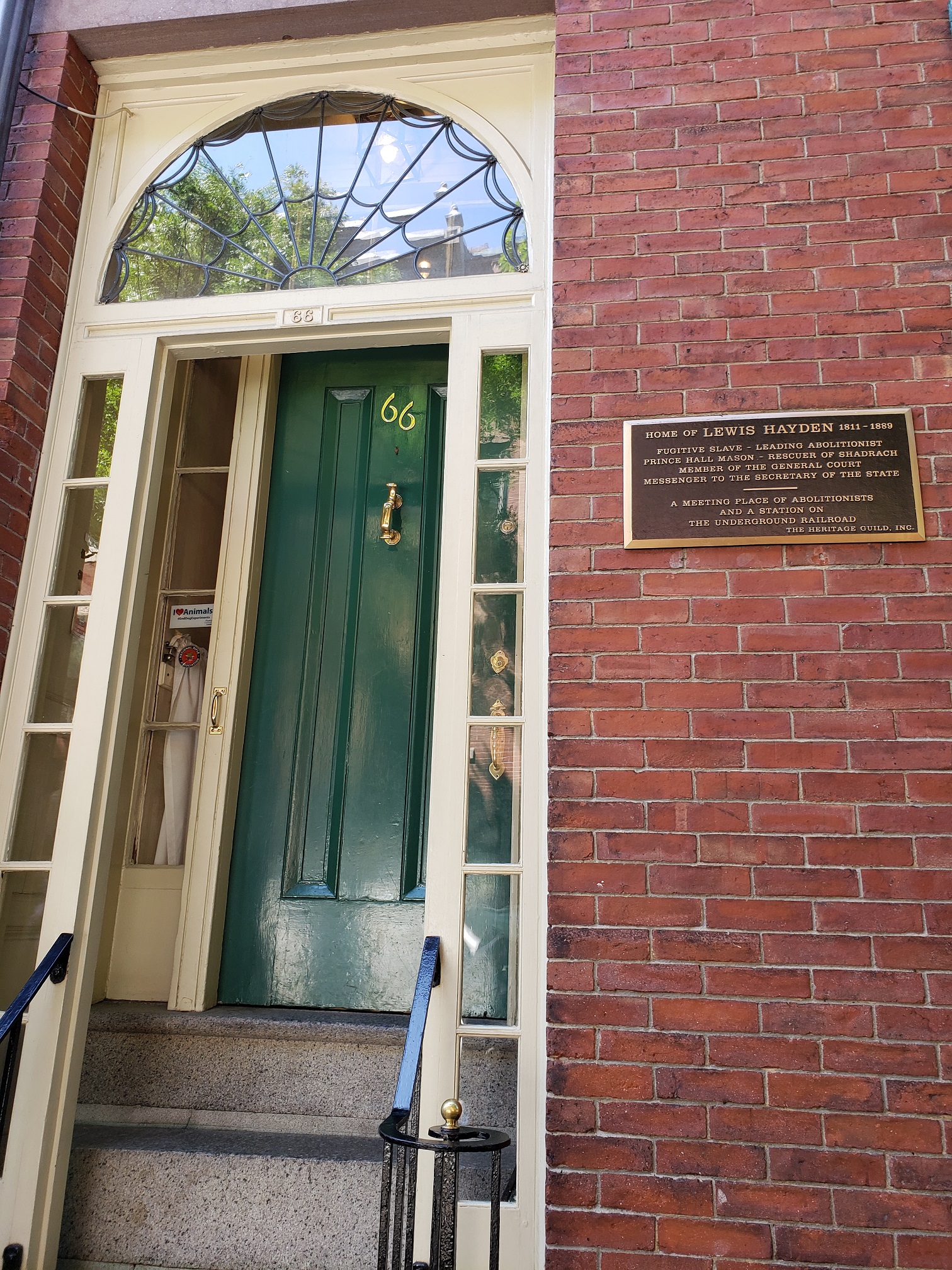 Above left, is a Thoreau reenactor and scholar at Walden Pond. Above right, is the door to Lewis Hayden’s house, part of the Underground Railroad in Boston. 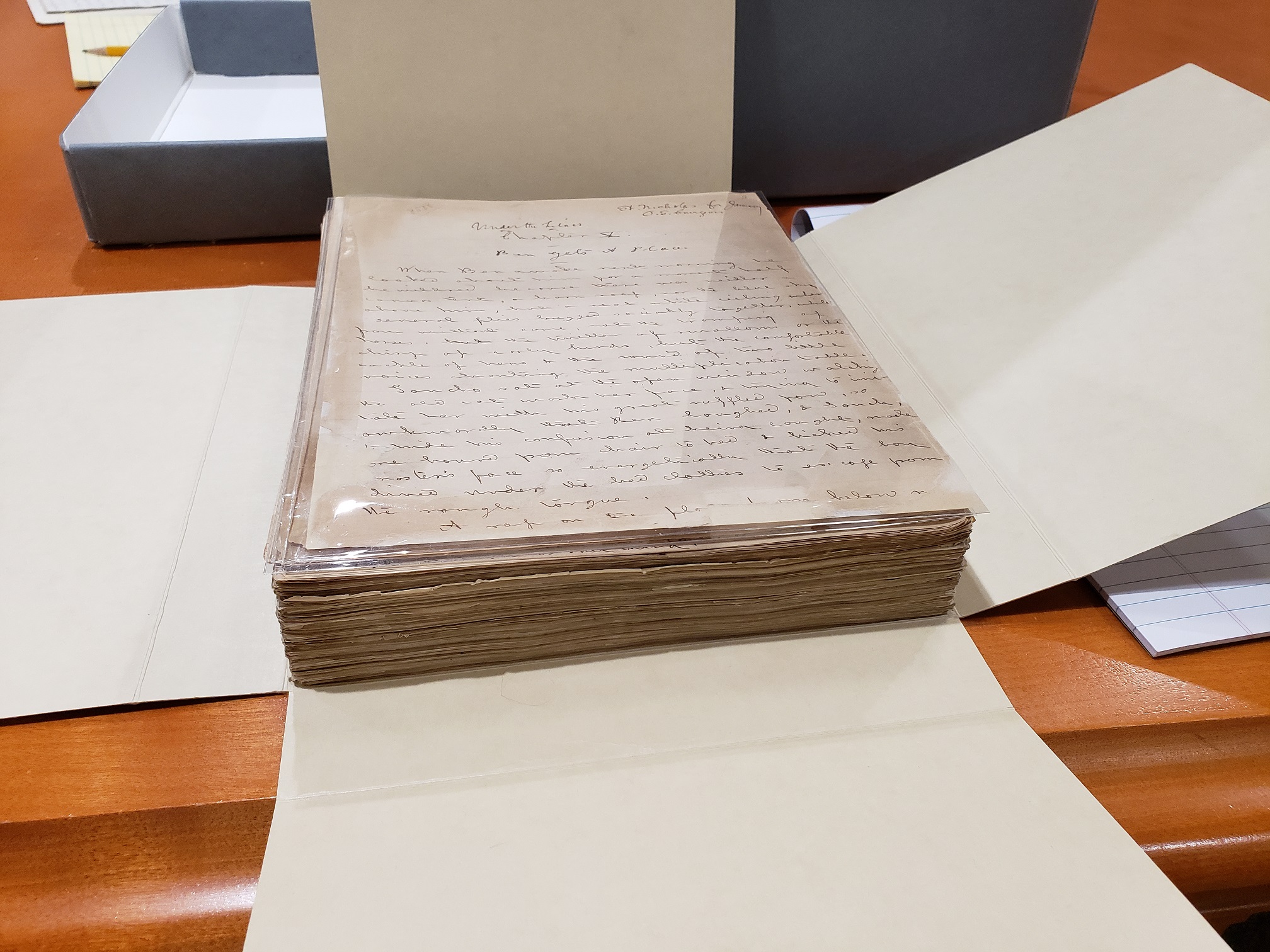 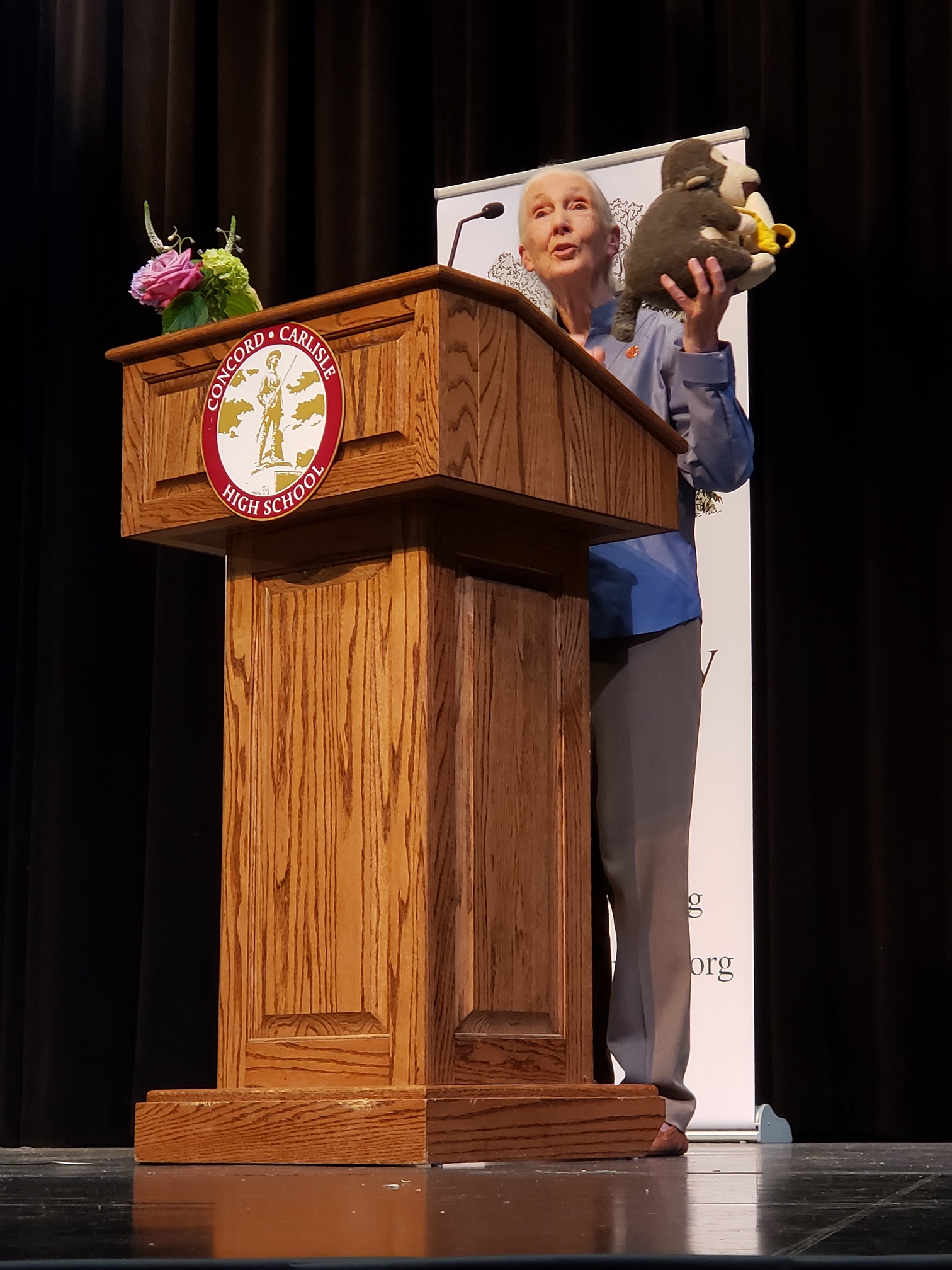 above are Manuscript chapters from Louisa May Alcott’s “Under the Lilacs.” at left is Jane Goodall talking at the Thoreau Society.