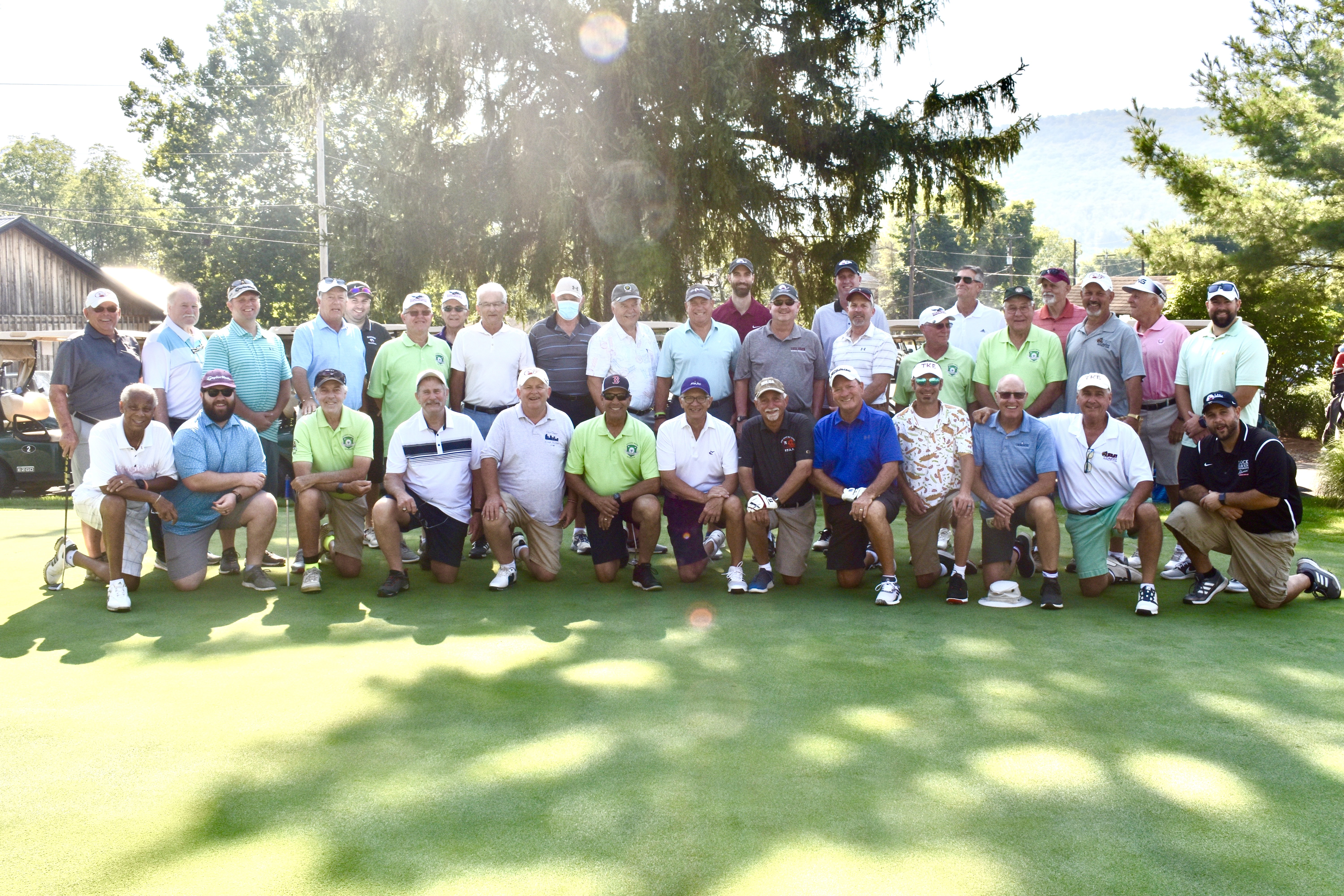 “Lock Haven University provided us a brotherhood of lifelong friendships and solid foundations for rewarding and successful careers,” said 1971 LHSC alumnus, Scott Culpepper. “Giving back is important to us because we know just how significantly our beloved university can impact young peoples’ lives.”

“My brothers and I are truly honored to be so firmly entrenched as proud members of The Haven Family so many decades graduating, and it’s an even greater honor to provide current students with resources that we hope will positively impact their Haven experience in ways that are similar to our own,” Culpepper added.

During the three-day event, the brothers stayed on campus at Evergreen Commons, enjoying the pool and patio and hours of socializing and reminiscing. The festivities included a golf outing at Belles Springs Golf Course and TKE’s 31st Annual Richard Weede Golf Classic at Clinton Country Club.

In total, $9,010 was raised over three days with $5,010 going to the TKE Alumni Scholarship and the remaining $4,000 going to the TKE’s Friends of Finken fund, named in honor of TKE brother Gary Finken ’71. Finken died in 2009, but he is widely recognized among the TKE’s as the driving force behind maintaining their alumni brotherhood over the past five decades.

The brothers allocate money in the Friends of Finken fund to assist Lock Haven students in areas of need like the Student Retention Fund, the university’s food pantry — The Haven Cupboard — and athletic funding, among other initiatives.

For the first time, the scholarship will be awarded to three student-athletes, with each receiving $1,000 in assistance. This year’s recipients are rising sophomore softball player Bella Schmitt, rising junior basketball player Jackie Fetsko, and rising junior lacrosse player Abby Hampson.

Lindsay Caprio, assistant lacrosse coach, attended the social at Evergreen Commons and shared with the brothers the impact the TKE Alumni Scholarship has made in Hampson’s life.

“Abby is an exemplary student-athlete and represents everything that a Bald Eagle lacrosse player and student-athlete should be,” Caprio said. “She’s an outstanding teammate and leader and an integral part of our team both on and off the field.”

“The TKE Scholarship has alleviated so much financial stress for Abby, allowing her to focus on her athletic and academic pursuits,” Caprio added. “It means a great deal to Abby, her teammates, and the entire coaching staff that the TKE scholarship is helping her continue to be such a tremendous leader and contributor to our program.”

“Hearing that is exactly why we give back,” Culpepper said. “Impact statements like this from students and the people whose lives are being bettered as a result of this scholarship makes it all worth it.”

Culpepper and his TKE brothers hope other fraternities, sororities, and affinity groups from Lock Haven follow their lead and consider establishing scholarships of their own to help students at The Haven.