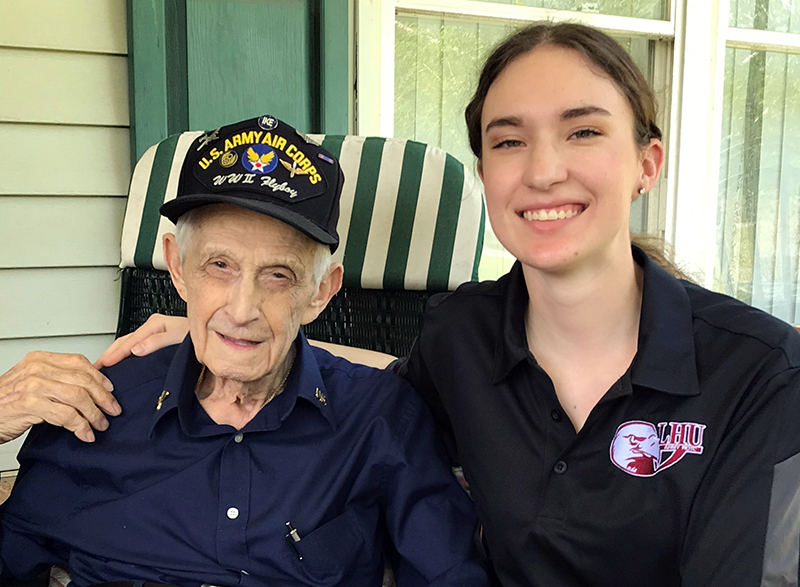 ROTC cadet Kailynn G. Smith recently was awarded the John F. Curcio Scholarship at Lock Haven University. She is the first recipient of the Curcio Scholarship, created in November 2020 to provide financial assistance to an LHU student who is ex-military or current military.

Smith, a native of Sunbury, was selected from a pool of more than 50 applicants. She is a sophomore chemistry major at LHU with a 4.0 GPA and an impressive record of leadership and service.

The scholarship is named in honor of Staff Sergeant John F. Curcio. Curcio served in the U.S. Army Air Corps during World War II and flew 35 combat missions over Europe in B24 bombers — 29 as a tail gunner and six as a nose gunner. At age 95, he continues to inspire friends and neighbors with his energy and positive attitude. 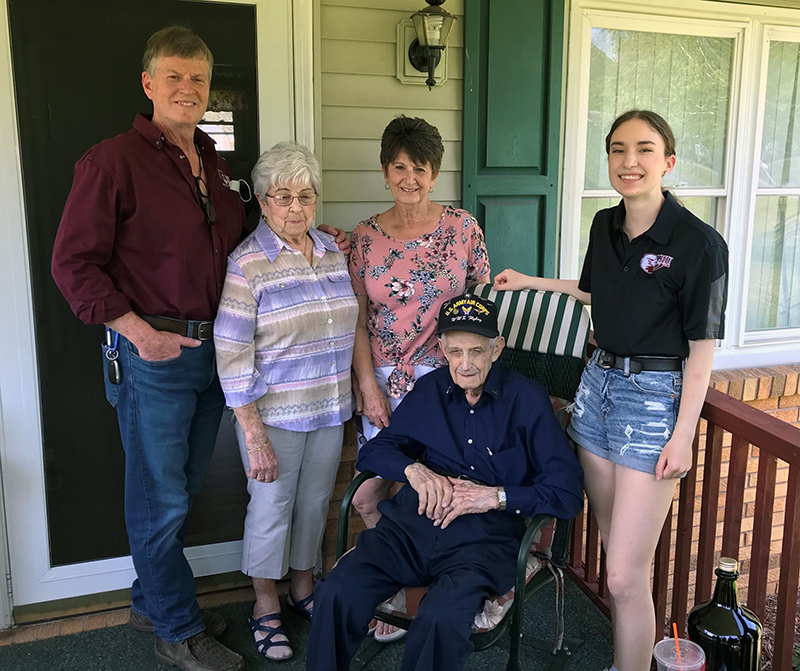 Curcio shared a few stories from the war, recalling a mission when a bomb failed to release because it was frozen to its shackle. He and another crew member were called into action. Stretched out as a two-man chain along a narrow catwalk in the bomb bay, Curcio held his friend’s legs while his friend chipped the ice from the shackle, releasing the bomb on target.

All those who attended agreed that it was a special occasion – a rare opportunity to visit with a veteran of WWII and a member of the Greatest Generation, who have all but disappeared. “I had a nice time meeting John. He is a very pleasant and humorous veteran with many great and interesting stories,” Smith shared. “If you ever meet him, ask him to tell you one. He won’t hesitate. It was an honor to meet someone who flew so many missions in World War II, and I am extremely grateful for the experience. Thank you to all who were involved in the scholarship and the experience.”

The John F. Curcio Committee and its supporters will contribute funds to the scholarship until it reaches a $10,000 endowment, with the goal of increasing this endowment over time. Anyone who would like to contribute to the scholarship or has questions may contact Joby Topper at 570-484-2465 or by email at jtopper@lockhaven.edu.