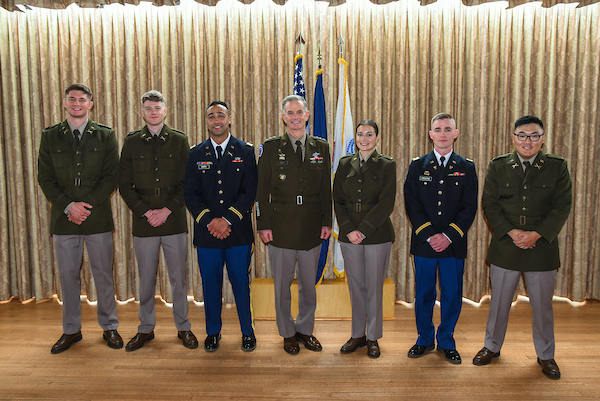 On Friday, May 13, six Army ROTC cadets at Lock Haven University were commissioned as second lieutenants at a ceremony held at the Durrwachter Alumni Conference Center on campus.

The Bald Eagle Battalion welcomed back Lt. Gen. Walter Piatt '87 as the guest speaker for the event.

Upon commissioning, the cadets have committed to four years of active duty or eight years in the Reserve Component (Army Reserves or National Guard).

Two cadets chose active duty and have been assigned to the infantry branch: Steven Irwin, of New Cumberland, and Parker McClellan, of Altoona. Both cadets received degrees in criminal justice.

Jeremiah Manning, of Rebersburg, will serve as a field artillery officer in the Pennsylvania Army National Guard and received a degree in criminal justice.

Garrett Proctor, of Julian, will serve in the Quarter Master Corps in the Pennsylvania Army National Guard and received a degree in secondary education/social studies.

Kyle Smith, of Trevose, will serve as an infantry officer in the Pennsylvania Army National Guard and received a degree in criminal justice.

For information on ROTC at Lock Haven University, visit www.lockhaven.edu/rotc/ or email ROTC@lockhaven.edu. 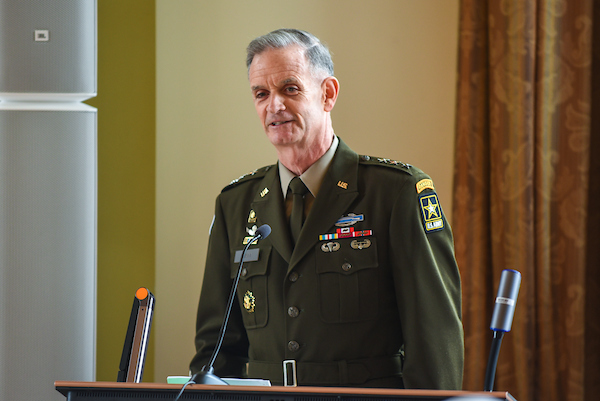