*NOTE: This is the last story in a series written by Lock Haven University graduate students about their athletic training full-immersion externships this spring. 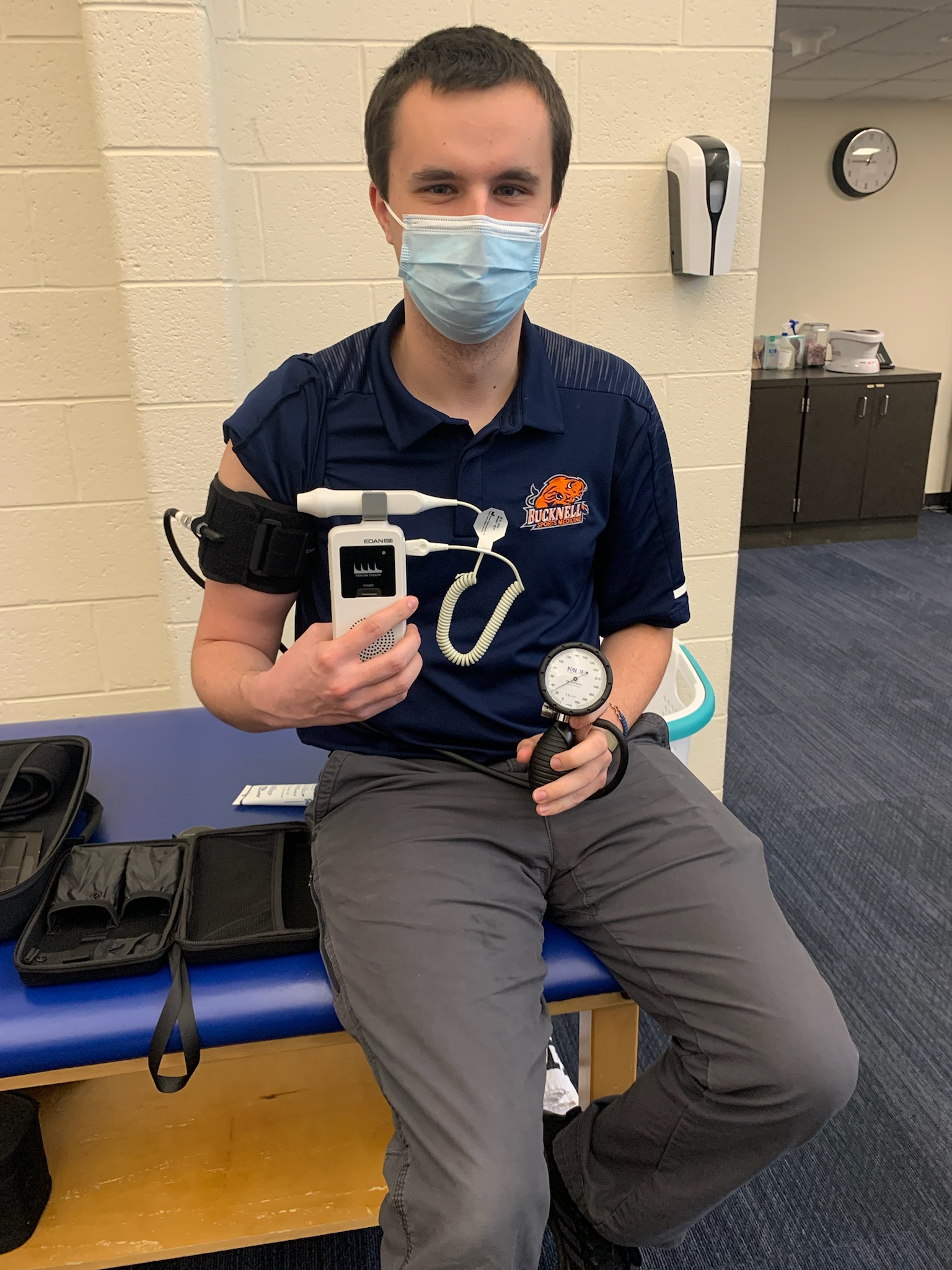 This experience started on January 10 and over his time at Bucknell Zappala, of Hatfield, grew and developed as a person and as an athletic trainer. "I was under the supervision of my preceptor, certified athletic trainer and LHU alum, Mark Grotzinger, but I also helped out with the other ATs whenever I was able to assist," Zappala said.

He was unable to travel with the teams, so he only provided medical care at home track meets. Medical care at the meets was not too demanding, according to Zappala. There was a set-up in the middle of the track that athletes could come to for evaluations and treatments, as well as minor needs like ice and taping.

During his experience this spring, Zappala reinforced the skills he learned during his classes at LHU. "Mark was a fantastic teacher when it came to showing me better ways of performing the skills I've already learned and also teaching me new treatments I can use with my athletes," he said.

The other athletic trainers were welcoming to Zappala as well. They went out of their way to include him in all aspects of the athlete's care; whether it was sitting in on doctor appointments or working with their athletes. "Even though they understood I was still a student, I was treated as an equal, and they never made me feel incompetent because they have more experience than me," he said.

Zappala said his time working with the athletic training team at Bucknell was his best experience with getting to know the athletes he was caring for because he spent every day treating the same people and he really learned about who they were, both as an athlete and as a person.

"I think they have been there for me as much as I was there for them," Zappala said. "They saw me take and then pass the Board of Certification exam, and I accepted a job at Pennsylvania College of Technology through UPMC, which began after my graduation in May."

He said they also were incredibly supportive and verbally affirming that they believed in him and thought he was a great athletic trainer to them. "I wanted to be an athletic trainer because I have always wanted to help people, and I love the world of athletics, joining this profession was the perfect combination," Zappala said.

"The experience working with Bucknell was amazing because the athletes themselves were such a great group to work with," he added. "I am really glad that I chose to work with this team, Mark, and the other ATs at Bucknell University. This experience left a lasting impression on me."