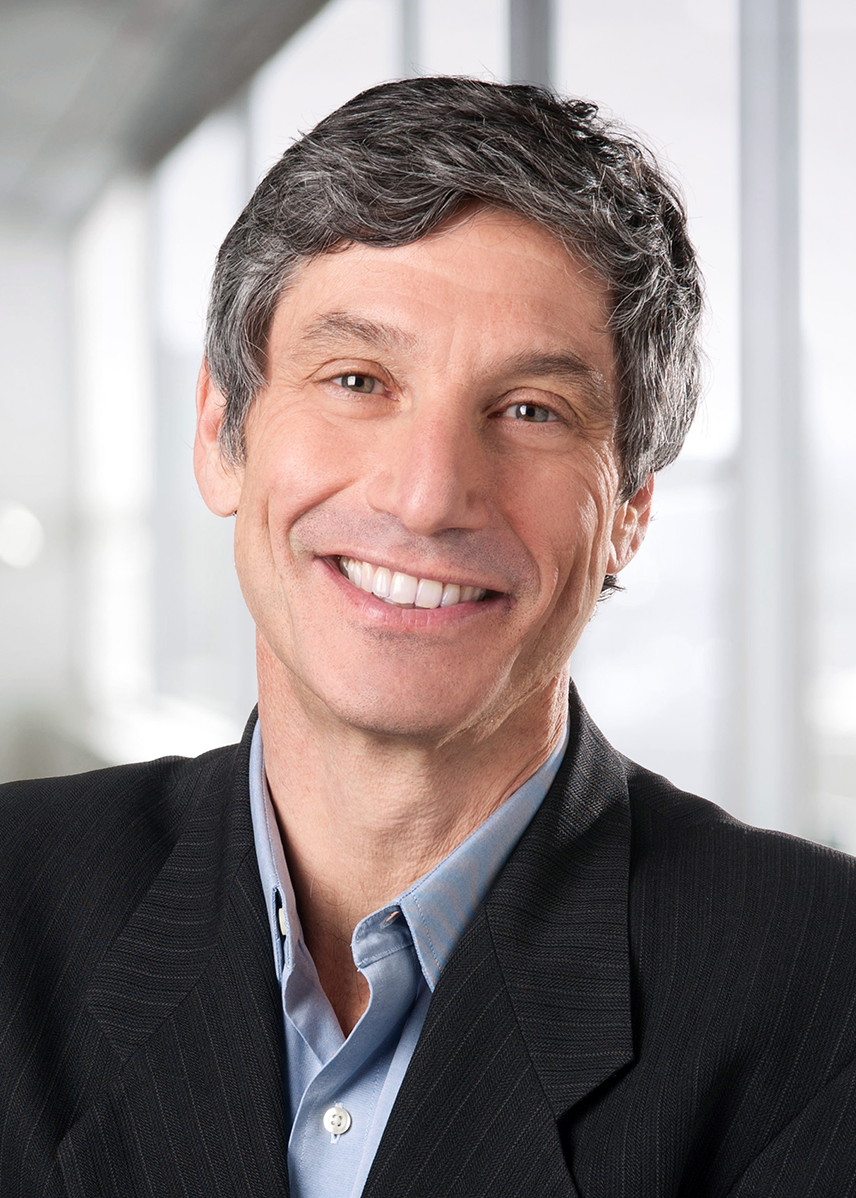 Underscoring its commitment to ensuring student success and to its efforts to redesign the State System for the future, the Board of Governors of Pennsylvania’s State System of Higher Education today selected a national leader in higher education to serve as the next chancellor.

Daniel Greenstein, who led the Postsecondary Success strategy at the Bill and Melinda Gates Foundation for the past six years and who previously was a top administrator in the University of California system, will become the State System’s fifth chancellor in September. The Gates Foundation is one of the largest philanthropic organizations in the world, and one of the most generous supporters of public higher education—awarding more than $125 million in grants and contracts annually.

Board of Governors Chairwoman Cynthia D. Shapira called Greenstein’s selection “a game changer” that will move the State System to the forefront of public university systems in the United States.

“With the appointment of Dr. Greenstein as chancellor, the State System makes the strong statement that we are committed to our mission of providing accessible, affordable, quality higher education to students while serving the needs of the Commonwealth, even as we redesign ourselves for the future,” Shapira said.

“Dan comes to us with an incredible level of knowledge and experience and the demonstrated temperament necessary to achieve great things. He will use all of that to help achieve excellence for our students and stakeholders, and—indeed—to write the template for 21st Century public higher education in the nation.”

As director of the Gates Foundation’s Postsecondary Success strategy, Greenstein worked with other higher education leaders across the country on initiatives designed to raise educational-attainment levels and to promote economic mobility, especially among low-income and minority students. He developed and implemented a national strategy for increasing the number of degrees awarded and for reducing the attainment gaps among majority and non-majority students at U.S. colleges and universities.

“I am thrilled for the educators and students of Pennsylvania’s State System of Higher Education who will now have Dan Greenstein as their leader and advocate,” said Allan Golston, president of U.S. Programs with the Gates Foundation. “Dan is passionately committed to the role that higher education institutions play as drivers of economic and social mobility. He has helped us at the Foundation and in the field see the power and potential of institutions like Pennsylvania’s state colleges and universities to deliver transformative experiences for students no matter where they come from or what they dream of, using data and innovation to drive great outcomes for students.”

Greenstein said he is excited to take on the new role.

“This system took a bold—even courageous—step two years ago when it chose to take a hard look at itself. That effort to redesign the system—led by Chair Shapira and the Board of Governors—has pushed the State System to the forefront of innovation nationally,” said Greenstein. “I am eager to work closely with the Board, as well as with faculty, staff and trustees at the universities of this great public system as we solidify our future and fulfill our public obligation to our students and the state.”

The focus on ensuring student success is key, according to Greenstein.

Delivering a message directly to students, he said, “Student success is more than just graduating with a degree; it means leaving one of our universities fully prepared with everything you need—the education, the skills, and the ability to work collaboratively—to productively engage in the new economy and to effectively contribute to your communities.

“And let me be crystal clear, I do mean all of our students; regardless of zip code or background, all must and all will have an opportunity to succeed.”

The universities and the State System as a whole also must share in that success, he said.

“The 14 universities that make up this system play a vital role for the people and the Commonwealth,” said Greenstein. “For more than 100,000 students—and I’m proud to now say, ‘our students’—the universities provide a bridge to opportunity; an affordable and reliable pathway to upward mobility, into the middle class and beyond.

“These universities are the lifeblood of countless who live in communities across Pennsylvania. Nearly 90 percent of our students are residents who stay here to live and work after they graduate, making our universities the engines that drive economic development and strengthen the very fabric of our society.”

Before joining the Gates Foundation in 2012, Greenstein spent nearly a decade in leadership roles in the University of California system, including serving as vice provost of strategic planning, programs and accountability in the Office of the President. He was responsible for introducing UC Online, revising the system’s long-range enrollment plan and developing a transparent means for distributing state resources to the UC campuses.

He also provided leadership to the Regents’ Commission of the Future, focusing on educational and curriculum reforms designed to improve student success, reduce students’ time to degree and make more effective use of the system’s constrained academic program capacity.

“Dan Greenstein is a superb choice as chancellor for the State System,” said Wyatt R. Hume, an internationally acclaimed scholar who previously served as provost and executive vice president of the UC System and is now dean of the University of Utah School of Dentistry. “He has a strong track record of leading and facilitating change to improve institutional effectiveness and quality. He brings together a unique combination of abilities as a visionary, a leader and a consensus-builder, with rich and deep experience in higher education system design and management.”

Michael M. Crow, president of Arizona State University, one of the nation’s leading public metropolitan research institutions, and another long-time colleague, added, “Pennsylvania’s State System has indeed made a bold statement in choosing Dan Greenstein—a truly transformative leader in higher education—as its next chancellor. He has a national presence as a forward-thinking individual committed to expanding educational opportunities to all students, and to challenging others to do the same. Both his passion for students and reputation in the higher education arena boost the State System’s national prominence.”

Greenstein’s selection as chancellor comes at the conclusion of a national search launched in the fall of 2017 following the retirement of former Chancellor Frank T. Brogan. Former Clarion University President Karen M. Whitney has served as interim chancellor since then, and will continue in that role until Greenstein’s arrival on Sept. 4.

“The State System couldn’t have found a better individual to lead the way forward as we continue with our system redesign,” Whitney said. “Dan Greenstein is an energetic, innovative, nationally respected leader. I look forward to working with him over the next several months during this period of transition.”

The system redesign grew out of a top-to-bottom review of the State System and its 14 universities that was completed nearly a year ago. As a result of that review, the Board last fall adopted three priorities: ensuring student success, leveraging the strengths of the universities and transforming the system’s governance structure.

The effort to redesign the State System already has yielded positive results. The Board has affirmed a mission statement focused on the goal of having every student graduate in a timely manner with pathways for success. It has eliminated more than a dozen out-of-date and burdensome policies and has streamlined the processes for academic program approval, facilities planning and real property acquisition and disposal.

The universities are aligning their academic programs with regional workforce needs, and the System is working to enhance university flexibility to align and achieve regional affordability through strategic pricing efforts and to develop a more successful approach to collaborative procurement of both goods and services.

It will be the new chancellor’s role to build on the momentum already achieved and to provide the leadership necessary to make even more significant changes.

“Throughout his very impressive career in higher education, Dr. Greenstein has demonstrated a unique talent to work with others across a broad spectrum to achieve great success on behalf of students,” said Board of Governors Vice Chair Harold C. Shields, who co-chaired the chancellor search committee and who also serves on the Council of Trustees at Edinboro University of Pennsylvania. “He is exactly who we need right now to lead our redesign effort. He is a great choice for the System, for our universities, and—especially—for our students.”

“I was very impressed with Dr. Greenstein's interview. He’s an innovator who has consistently demonstrated a commitment to student success,” said Ryan Long, who served as president of the Student Government Association at West Chester University of Pennsylvania before graduating earlier this month and who was the student representative on the search committee. “He clearly understands the challenges facing our system, but he also recognizes the unique strengths and identities of each of our 14 institutions. The revitalization of our system is important to me and all State System students and alumni. Under his leadership, I believe we will achieve preeminence as an outstanding model of public higher education."

“I was immediately impressed with the unique blend of humanities, social sciences, technology and administrative experience that Dr. Greenstein brings to the table,” said Delbrugge. “He fundamentally believes in the mission of a public university system and has a proven ability to work collaboratively—across many stakeholder groups—as an advocate for inclusion and student success. That powerful combination of skills and attitudes makes him an exciting choice to lead the State System at this critical juncture.”

“Dr. Greenstein’s proven commitment to student achievement, innovation and equity is exactly what our universities need right now,” said Wilson. “Dan’s expertise and national experience in higher education will drive our system forward. His leadership is going to change the conversation about the State System.”

Greenstein’s selection also was lauded by Ken Mash, president of the Association of Pennsylvania State College and University Faculties (APSCUF), the union that represents faculty and athletic coaches in the State System.

“My colleagues and I look forward to Dr. Greenstein’s leadership,” Mash said. “He comes to the State System armed with experience as a faculty member, an administrator and as a nationally recognized advocate for innovative and proven approaches to public higher education. His ability to explain how it is that accessible, high quality and affordable higher education benefits all citizens is precisely what our System and our Commonwealth needs at this very moment.”

Greenstein earned bachelor’s and master’s degrees in history from the University of Pennsylvania, studied at the London School of Economics and earned a Ph.D. in social studies from Oxford University.

He began his academic career in 1989 as a senior lecturer in modern history at Glasgow University in Scotland, where he also was the founding director of the university’s arts faculty computing service and founder of the Department of Humanities Computing.

He was the founding director of Arts and Humanities Data Service in London, which built a national internet service to support research and teaching at universities in the United Kingdom by ensuring ready access to high-quality, online information sources.

Moving back to the United States in 1999, he became executive director of the Digital Library Federation in Washington, D.C., facilitating collaboration among 26 major research universities in their development of shared network infrastructure and academic information services.

Greenstein moved on to the University of California system in 2002, where he initially built next-generation services for UC’s 100 library system, which contains more than 35 million volumes. Greenstein was named vice provost for strategic planning, programs and accountability in 2006 and remained in that role for six years before moving on to the Gates Foundation.

Pennsylvania’s State System of Higher Education is the largest provider of higher education in the Commonwealth, enrolling more than 100,000 degree-seeking students and thousands more in certificate and other career-development programs. Collectively, the 14 universities that comprise the State System offer more than 2,300 degree and certificate programs in more than 530 academic areas. Nearly 520,000 State System university alumni live in Pennsylvania.