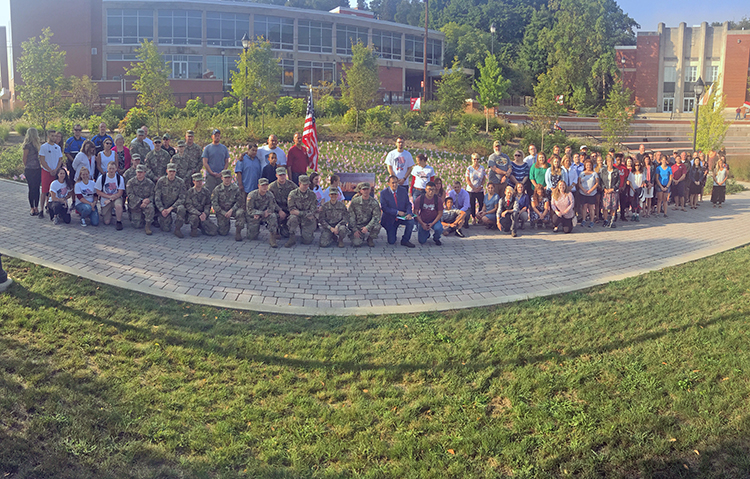 Today, Lock Haven University held events in memory of the lives lost on September 11, 2001. At 8:20 a.m., several members of the LHU community participated in a Moving Tribute on bicycles, led by President Robert Pignatello, carrying an American Flag from Triangle Park to the Poorman Amphitheater on the campus of LHU.

The LHU Student Veteran Alliance (SVA) organized the placing of 2,977 flags on the lawn of the Poorman Commons, representing each of the victims who lost their lives during the attacks. At 8:30 a.m., the SVA began their ceremony at the amphitheater, with speakers recalling the events of that day. At 8:45 a.m., LHU ROTC posted colors and the singing of the National Anthem was performed by LHU student, Arnold Benson. 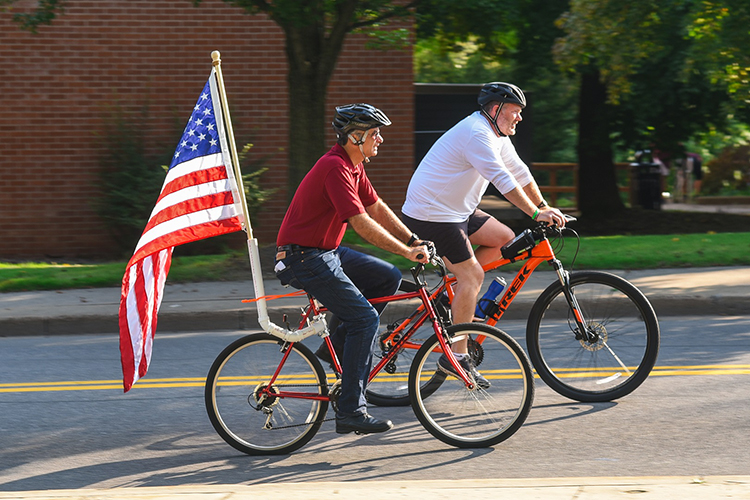 At 9:01 a.m., the Fredericks Family Carillon chimed 18 times to represent the years that have passed since the attacks. Pignatello then spoke about his personal memory of the day, living it first-hand and recalling the planes flying over the building he worked in at the time, in New York City.

The LHU community participated in a campus-wide moment of silence at 9:03 a.m., the time of the second terror strike on the World Trade Center. Pignatello then added his own flag to the lawn. At the end of the ceremony, the Moving Tribute group continued by riding back to Triangle Park to hand off the flag to the next group. 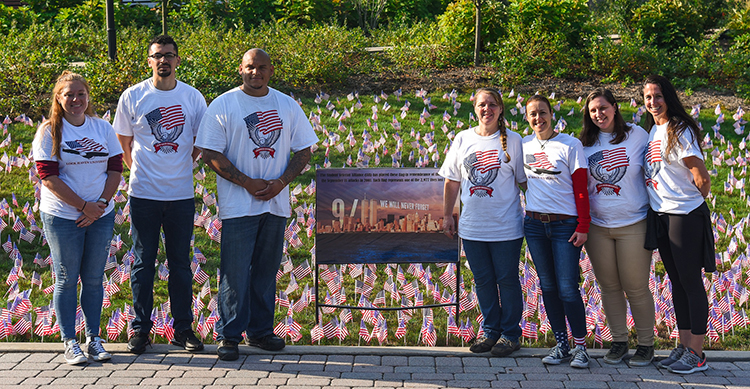